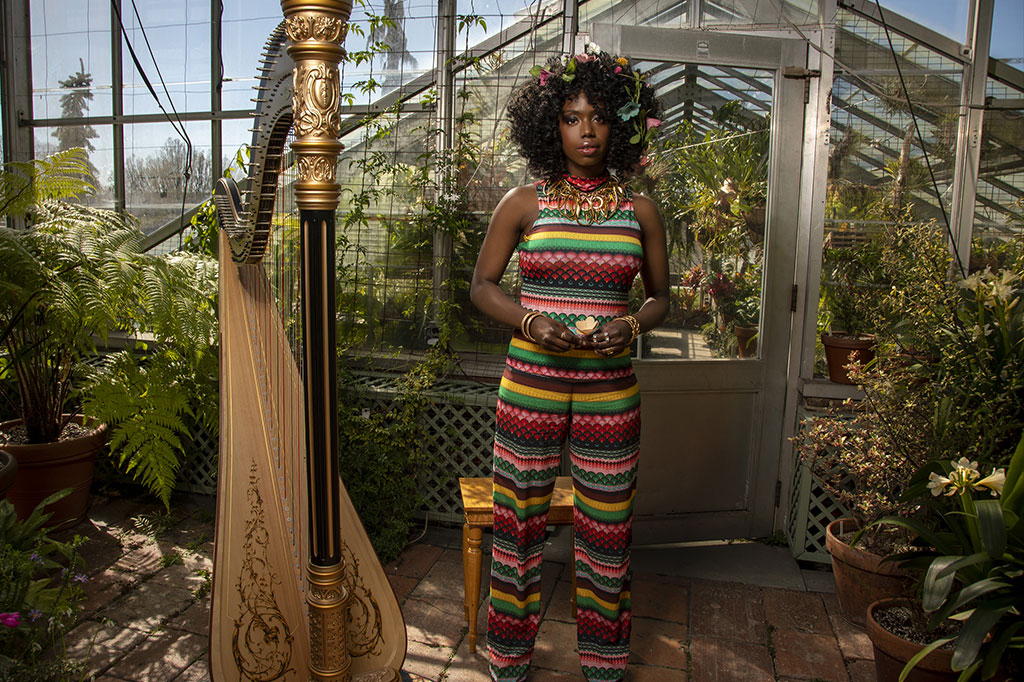 A leading voice of the harp today, performer, composer and educator Brandee Younger defies genres and labels. Recently nominated for a 2022 GRAMMY® for Best Instrumental Composition and NAACP Image Award for Outstanding Album, she has performed and recorded with artists including Pharoah Sanders, Ravi Coltrane, Jack DeJohnette, Charlie Haden, Common, John Legend, The Roots, and Lauryn Hill. In 2020, she released her fifth album Force Majeure, and her major label debut Somewhere Different in 2021 on the legendary Impulse! Records. Her original composition “Hortense” was featured in the Netflix Concert-Documentary, Beyoncé: Homecoming and in 2019, Ms. Younger was selected to perform her original music as a featured performer for Quincy Jones and Steve McQueen's Soundtrack of America. Ms. Younger’s ability to seamlessly inject the harp into arrangements and venues where it has historically been overlooked is a testament to her deep love for and exemplary command of the instrument. In addition to performing, Ms. Younger is on the teaching artist faculty at New York University and the New School College of Performing Arts in New York City.

She holds leadership positions on the advisory board of New Music USA through the Apollo Theater, Young Patrons Steering Committee, and the American Harp Society, Inc. where she is Director at Large.

As a concert curator, Ms. Younger organized “Divine Ella,” part of the Schomburg Center for Research in Black Culture’s annual Women’s Jazz Festival. She also served as curator of the 2016 Harp On Park concert series, “highlighting the diversity of the harp and the contemporary importance of an ancient instrument,” and most recently coordinated “Her Song,” featuring the works of women composers, both for Arts Brookfield.