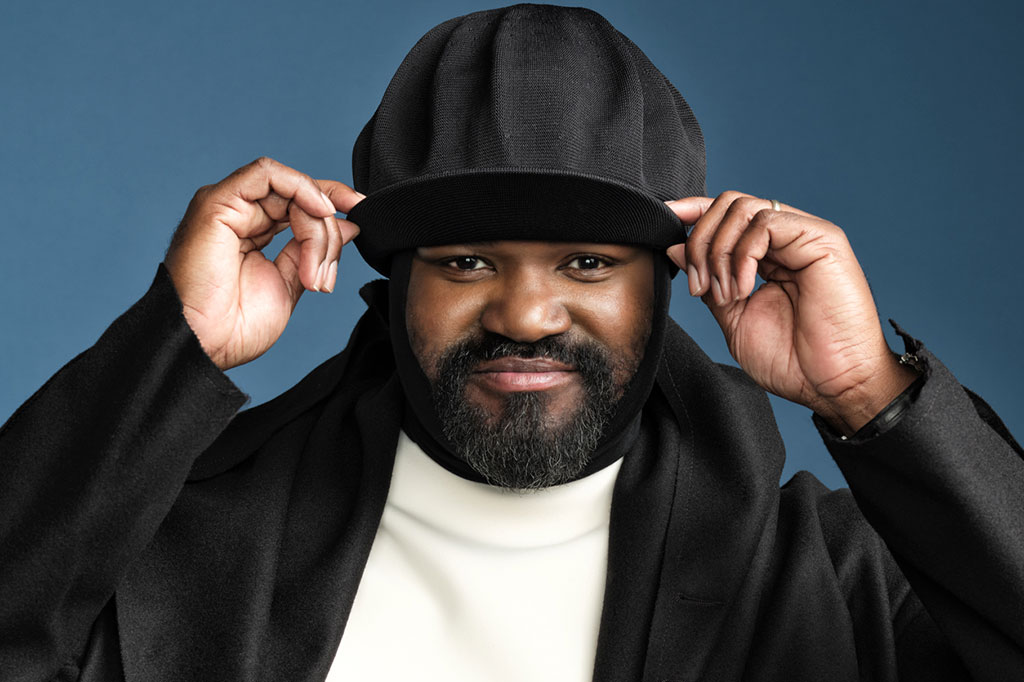 Known for his warm baritone vocals, Gregory Porter rose to acclaim in the 2010s with his earthy, cross-pollinated brand of jazz, soul, and gospel. A gifted singer of standards as well as more contemporary soul material, Porter has earned favorable comparisons to his idols Nat King Cole, Donny Hathaway, and Stevie Wonder. He announced his arrival by picking up a Grammy nomination for his 2010 debut, Water. After signing to Blue Note, he gained even wider notice for his third album, 2013’s Liquid Spirit, which hit number two on the jazz charts, and won the Grammy for Best Jazz Vocal Album. Although his original songs are his main focus, Porter often returns to his roots, such as on his 2017 tribute album Nat King Cole & Me.

Born in Los Angeles in 1971, Porter grew up in Bakersfield, California where his mother was a minister. It was through his mother’s record collections that he fell under the spell of Cole, learning early on how to imitate him. Along with singing, he was also a gifted athlete, and left high school with a football scholarship to San Diego State University. However, after an injury to his shoulder derailed his sports career, he moved to Brooklyn where he worked days as a chef while performing in local jazz clubs. It was during this period that he met saxophonist, composer, and pianist Kamau Kenyatta.

Kenyatta quickly became Porter’s mentor, introducing him to flutist Hubert Laws. Laws then featured Porter on a track on his 1998 album, Hubert Laws Remembers the Unforgettable Nat King Cole. Law’s sister, Eloise Laws, also heard Porter during the sessions and cast him as one of the leads in the musical It Ain’t Nothing But the Blues, which eventually enjoyed a run on Broadway. In 2010, Porter released his debut album, Water, on Motéma Music. Well-received, it picked up a Grammy nod for Best Jazz Vocal Album. Be Good followed two years later and further showcased Porter’s growing confidence.

In September of 2013, Porter issued his third album and Blue Note debut, Liquid Spirit. Produced by Brian Bacchus, the album was a huge success, landing at number two on the Billboard Top Jazz Albums chart, and scooping up the 2014 Grammy Award for Best Jazz Vocal Album. It also became one of the most streamed jazz albums of all time, with over 20 million streams. His second effort for Blue Note, Take Me to the Alley, was released in early 2016, and featured Porter’s own version of “Holding On,” a track he co-wrote and previously recorded with electronic act Disclosure. Also in early 2016, Porter delivered the concert album Live in Berlin.

The following year he released an album that paid tribute to the artist who had been most influential on his own music. Nat King Cole & Me featured Porter’s versions of some of Cole’s most treasured classics, including “Smile” and “Mona Lisa.” The concert album One Night Only: Live at the Royal Albert Hall arrived in 2018.