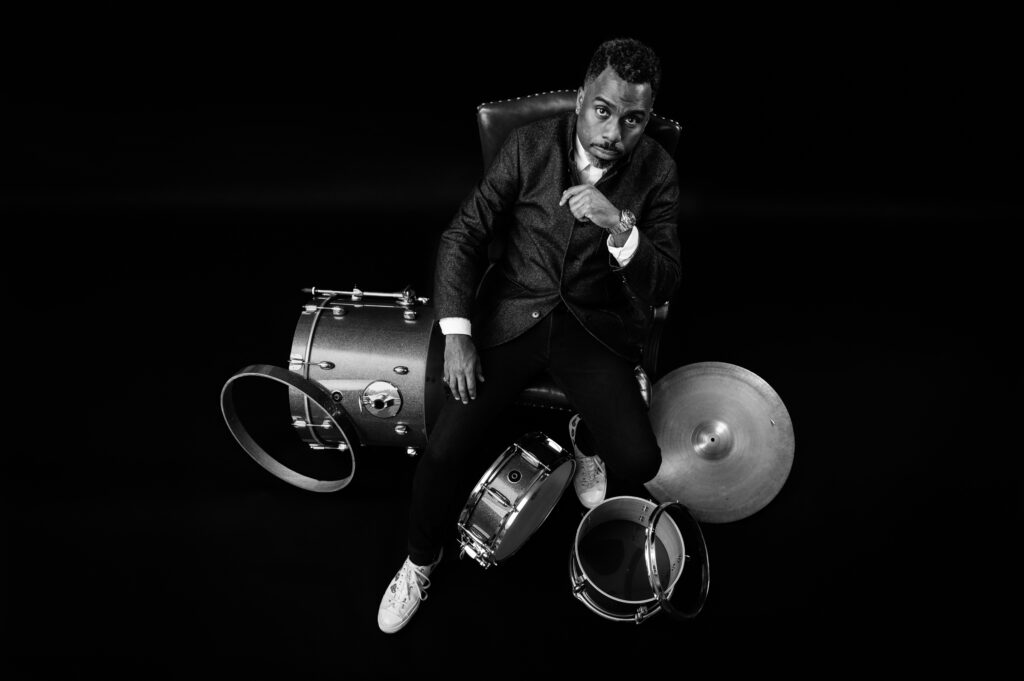 Kinfolk 2: See the Birds marks the second installment in a remarkable trilogy charting Smith’s continuing evolution as a musician and composer. While Kinfolk: Postcards From Everywhere touched upon Smith’s childhood in Chesapeake, Virginia, and the sounds that he absorbed in his family home, the new album offers an impressionistic portrait of the artist as a young man considering his future in music. Those years saw Smith inspired by the diverse and eclectic riches of Prince and Michael Jackson, hip-hop and the emerging neo-soul movement, as well as music associated with the groundbreaking Black Rock Coalition such as Living Colour (whose trailblazing founder, Vernon Reid, appears on the new album’s menacing “Rambo.”)

However, Kinfolk 2 is no throwback – Smith reconciles his teenaged influences with the modern jazz sensibilities that he’s demonstrated with not just his solo material but as a sideman with such jazz titans as guitarist Pat Metheny, bassist Dave Holland, and saxophonists Ravi Coltrane and Chris Potter. Recorded mostly in two band sessions – June 2019 at Sear Sound in New York City and February 2020 at the Bunker Studio in Brooklyn – the album projects a dreamy, cinematic sensibility as the music ebbs and flows from wistful downtempo excursions to rugged hip-hop beats, hypnotic alt-rock leaning tunes to amorous laments. Kinfolk 2 boasts a slightly different lineup for its core ensemble than its predecessor. Saxophonist Jaleel Shaw and bassist Fima Ephron return, while Smith welcomes guitarist Brad Allen Williams and keyboardist Jon Cowherd to the combo.