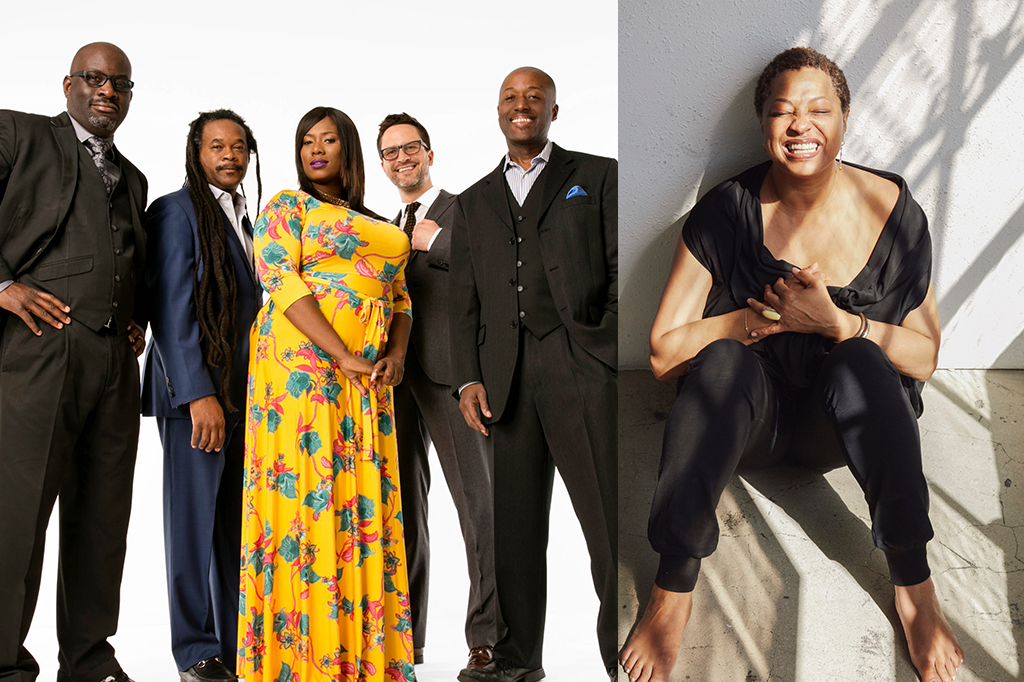 Ranky Tanky have achieved many firsts for South Carolina’s West African-rooted Gullah community since their formation, earning yet another milestone at the 2019 GRAMMY Awards by taking home the Best Regional Roots Album prize for their sophomore release, Good Time. The album, which also hit No. 1 on Billboard’s Contemporary Jazz Chart, combines songs carried down through generations in the Sea Islands of the Southeastern United States with the band’s own original compositions in the Gullah tradition. In Ranky Tanky's hands, this style of music has been described as "soulful honey to the ears" (NPR) while being covered by the New York Times, NPR’s Fresh Air and the Today Show, who had the band on for a performance.

Ranky Tanky (a Gullah phrase for “get funky”) are five lifelong friends from Charleston, South Carolina who have established themselves as passionate global ambassadors for their local culture and community, helping to faithfully preserve the traditions originated by African Americans in the coastal South during slavery that are kept alive through the present day. The band have been featured on NPR's Fresh Air, the Today Show, PBS Newshour and The Late Show with Stephen Colbert #playathome. Ranky Tanky were honored to be featured artists in President Biden’s inauguration event, We The People. They were the subjects of a 10-page profile in Oxford American’s South Carolina Music Issue and were named 2020 Artist of The Year by the Charleston City Paper.

After four decades of featured background singing with icons like Luther Vandross, The Rolling Stones, Chaka Khan, Tina Turner, and Nine Inch Nails, MS. LISA FISCHER set out to take center stage with her own humble, heartfelt song. The 2013 Best Documentary Oscar-winning film Twenty Feet from Stardom altered the course of Lisa's musical journey, telling her story, with clips of her legendary duets with Sting or with Mick Jagger on “Gimme Shelter,” left audiences eager to see and hear more, so Lisa took the chance to set out on her own reinventing classic songs with her co-conspirators JC Maillard and Grand Baton. Their organic fusion of Caribbean psychedelic soul and jazzy progressive rock ignited Lisa's flexibility and freedom of expression, awakening her lifelong desire to make music that heals but still rocks the house.

While Lisa's range is legendary, her greatest gift is the ability to connect, to reach the hearts of her listeners. Raised in the Fort Greene neighborhood of Brooklyn, she emerged from New York's fervent studio scene in the early 1980s, sang for two decades with legendary vocalist Luther Vandross, and released So Intense, earning her first Best R&B Performance Grammy with “How Can I Ease The Pain.”

She joined the Rolling Stones for their 1989 Steel Wheels tour and continued to grace their stage for the next 26 years. Lisa’s passion for constant growth and experimentation with different styles invited recent collaborations with jazz pianist Taylor Eigsti, Sting, Bruce Springsteen, Michael McDonald, Eric Krasno, Talib Kweli, Billy Childs and Yo-Yo Ma, the BBC Proms / Jules Buckley and the Metropole Orkest, Alonzo King LINES Ballet, Anna Deavere Smith’s Notes from the Field for HBO, and especially her full evening program “The Classic Lisa Fischer with Grand Baton” with the Seattle Symphony, Cincinnati Symphony and the National Philharmonic. With spiritual truth-telling  as her compass and loving kindness as her guide, MS. LISA FISCHER continues her creative journey; destination unknown.

“Lisa Fischer in concert is addictive. Every performance is so enriching, so exciting, so transcendent that you want more. With remarkable vocal range and vocabulary, Fischer can sing soul, jazz, rock, gospel, pop, folk and classical with equal facility and authority. She often mixes styles in the same song, sometimes in the same vocal line. Her approach tends to be intimate, artful and almost meditative, accompanied by her interpretive dancing, but she also can cut loose and funk with fierceness and rock with abandon.” —Minneapolis Star Tribune