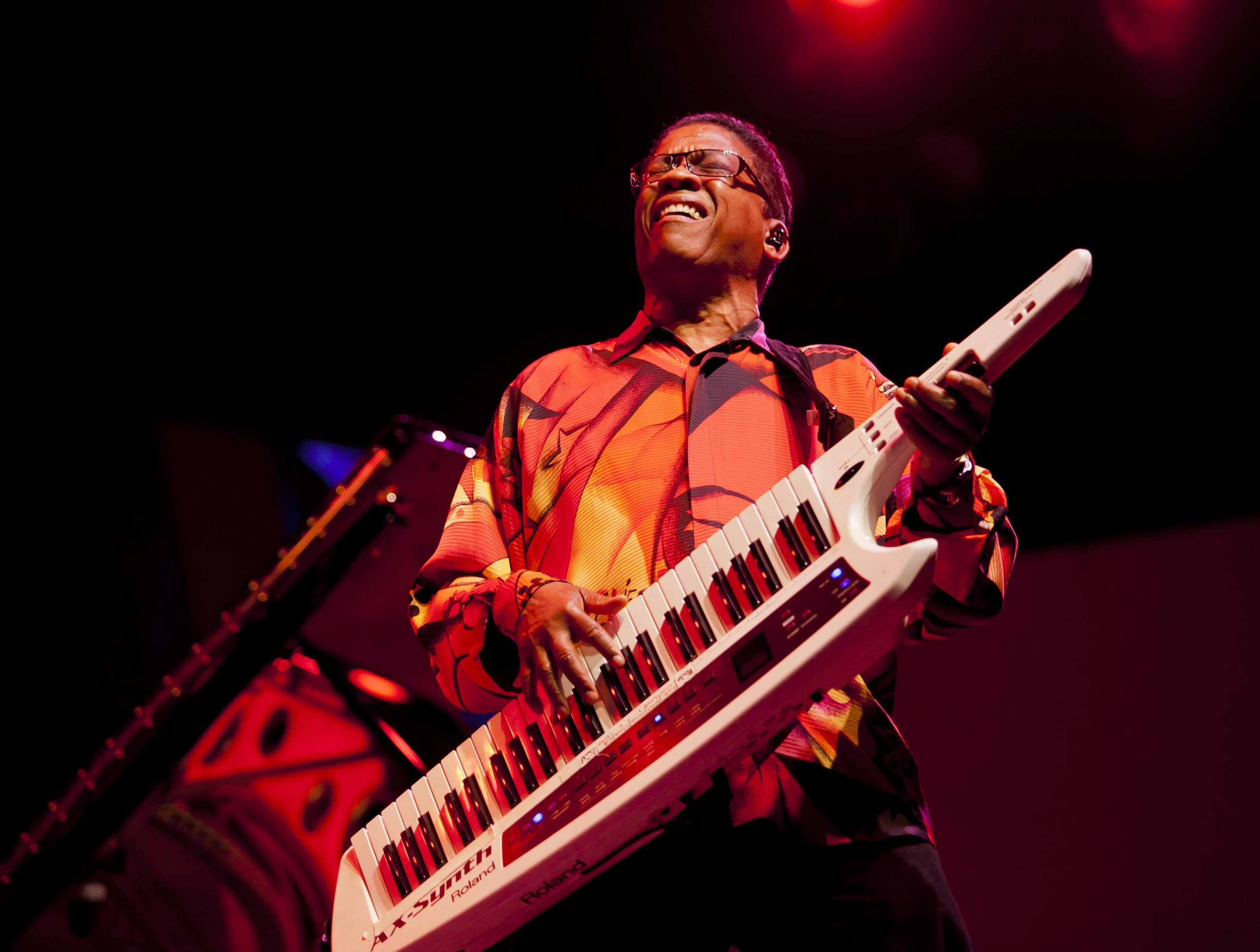 If jazz is a music that reflects the times, then Herbie Hancock is the consummate jazz icon of our era. The Monterey Jazz Festival is proud to have the eternal master back for our 60th anniversary, September 15-17, which Herbie Hancock bookending the Festival on Friday Night, September 15 with his quartet, and on Sunday night, September 17 with a very special duo with his friend and fellow master pianist, Chick Corea.

2017 will be the first time that the NEA Jazz Masters Herbie Hancock and Chick Corea have appeared at the Monterey Jazz Festival in the same year—and will be their first time on the Jimmy Lyons Stage together.

In addition, Herbie will be honored at the Festival’s Jazz Legends Gala on September 15 at the Inn at Spanish Bay, with host Clint Eastwood, and music from the Gerald Clayton Trio with Regina Carter, as they pay homage to Herbie’s seminal 1965 record, Maiden Voyage.

Herbie Hancock’s influence on contemporary jazz is vast. Herbie’s music has reflected the time period in which it was released, and has always stayed fresh and current, no matter when the decade. Not only has Herbie had the ability to create a new language for the piano as a player, but as a composer as well. He’s stayed on the cutting edge of jazz by writing a great number of contemporary standards that are the pillars for musicians today, with different eras of Herbie’s music truly inspiring and creating whole categories of followers.

BELOW: Herbie Hancock with the Mwandishi sextet at MJF15 in 1972. ©Veryl Oakland

Chick Corea has followed a similar and parallel path to Herbie: Both played with Miles Davis in the ’60s (with Corea replacing Hancock in 1968). Both master pianists forged a new direction of avant-garde, funk, and electronic music in the ’70s and ’80s (Herbie’s Mwandishi sextet and Headhunters and Chick’s Return to Forever), and came out of deep lineage from the history of jazz, to simultaneously attract new and contemporary audiences—and to expand what the artform was considered to be, much like their former bandleader, Miles Davis. Both pianists have had a profound impact on the music landscape for more than 50 years, and have been awarded 36 Grammys combined.

Herbie and Chick have remained friends to this day, and have periodically performed as a duo since the 1970s to the delight of audiences worldwide. In an interview with the Detroit Free Press in 1999, Hancock said: “When I listen back to some of the duet tracks we’ve made, half the time I can’t tell who’s Chick and who’s me.” Corea: “There is a very deep bond between the two of us.”

Both Herbie and Chick first appeared at the Monterey Jazz Festival with Miles Davis—Herbie in 1963 and ’64 with the “Second Great Quintet” of the 1960s (Miles, Herbie, Wayne Shorter/George Coleman, Ron Carter and Tony Williams) and Chick in 1969, with the so-called “Lost Quintet” (Miles, Chick, Dave Holland, Wayne Shorter, and Jack DeJohnette) which in recent years, has become increasingly influential. Both Hancock and Corea are quintessential artists in the world of jazz, and beyond.