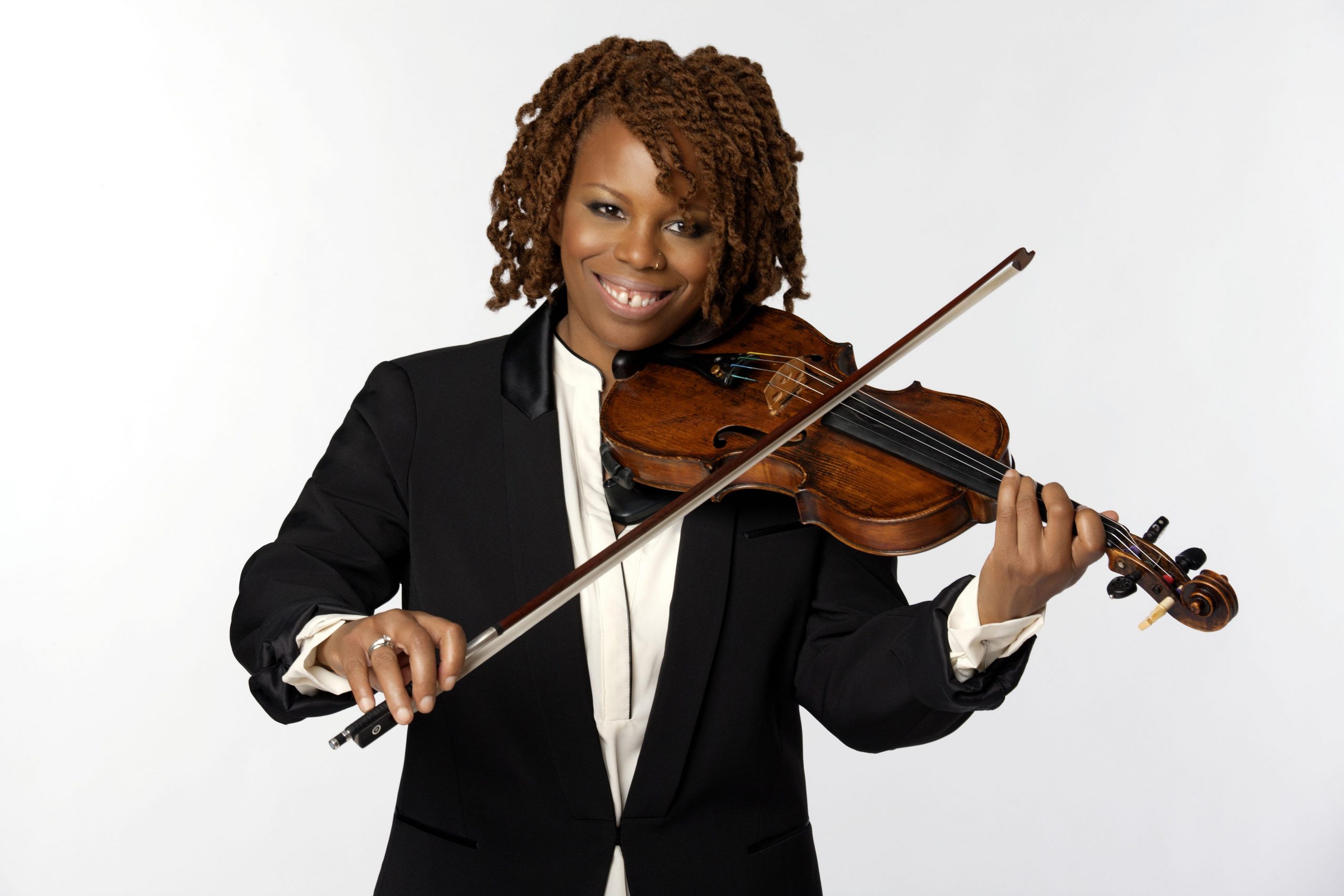 Acclaimed Virtuoso Returns to Monterey as Showcase Artist for MJF60

The leading violinist of her generation and MacArthur Fellowship recipient Regina Carter will act as the Showcase Artist for the 60th Monterey Jazz Festival in 2017, and will bring three different projects to the stages of Monterey: Simply Ella, in honor of the 100th birthday of the iconic singer Ella Fitzgerald; Southern Comfort, an examination of her own musical roots with a modern interpretation; and her own Quartet.

Carter has previously appeared at Monterey in 1999 (as a guest artist with the film-laden Eastwood at Monterey and with her quartet); and in 2001 in duo with pianist Kenny Barron. The 44th festival, which started just 10 days after the events of 9/11, was a somber and emotional one. Writing for the San Francisco Chronicle, jazz critic Philip Elwood wrote “…it was the duo of pianist Kenny Barron and violinist Regina Carter that capitvated the weekend’s crowds. The pair’s 50 minutes onstage emerged as one of the great presentations on the festival’s history…this was an astonishing set.”

Regina returned in 2004 to act as the Festival’s Artist-in-Residence, and in 2009, she appeared at MJF52 with the Monterey Jazz Festival All-Stars (and toured with the group the next year, playing 24 dates in 17 states) in a band that featured Kurt Elling, Kenny Barron and Russell Malone.

In 2009, reprising her extraordinary duo with Kenny Barron, they performed a touching version of Billie Holiday’s “Don’t Explain” to a hushed crowd of 6,000 people in the Arena during the All-Stars’ set on Friday night, September 18.

Carter, a native of Detroit, has been in the spotlight since the 1980s. She came to prominence with the all-female group Straight Ahead, and then worked in New York City, accompanying Mary J. Blige, Aretha Franklin, Lauryn Hill, Billy Joel, and Dolly Parton. After she toured with Wynton Marsalis’ Pulitzer Prize-winning Blood on the Fields in 1997, she signed to Verve records and began a string of remarkable albums that showcased her diverse musical interests and skills, including Paganini: After a Dream where she became the first jazz musician and African American to play the famous Il Cannone Guarnerius, a 1743 Italian violin that was owned by Paganini himself.

With Simply Ella, Carter will revisit one of her main inspirations, Ella Fitzgerald. “To this very day, whenever I hear an Ella recording it grabs me at my core. I’m entranced by her voice, her melodic improvisations and the passion and artfulness with which Ella sings a song. In a word, Ella is sublime, and she is at the top of my go-to list when learning a jazz tune. I’m so excited to celebrate Ella Fitzgerald, an artist who has meant so much to all the notes in my musical life,” Carter says about the Fitzgerald project, to be released on Sony Masterworks in 2017 as Ella: Accentuate The Positive.

As an educator, Carter teaches many courses around the country, including improvisation and clinics for string players, Q&As, interactive classes on arranging and performance, hospice visits, and children’s hospital concerts. We are excited to have Regina Carter back at Monterey in 2017!

BELOW: Regina Carter with students at the Next Generation Jazz Festival in 2004.

Regina Carter with Students at the Next Generation Jazz Festival in 2004.