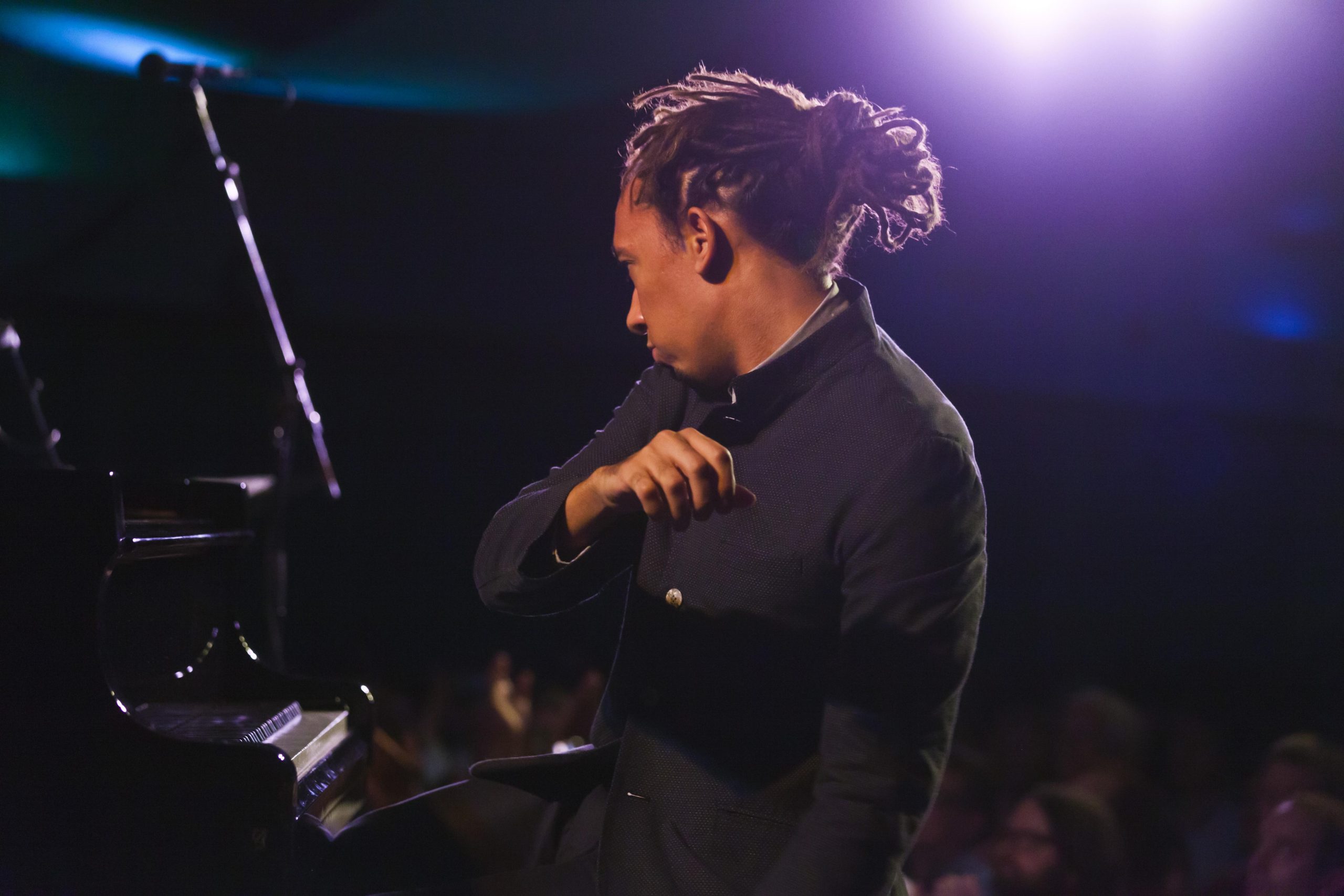 Pianist and composer Gerald Clayton is a leading figure in the up-and-coming generation of jazz artists. Along with his father (bassist and composer John Clayton) and drummer Jeff Hamilton, Gerald will share the triple-bill as Monterey Jazz Festival’s Artists-in-Residence in 2017. It is the first time in the Monterey Jazz Festival’s history that a father and son have been chosen in this role. All three of them have a long history with the Festival, and have won or appeared on 12 Grammy-winning albums, with an additional 21 GRAMMY nominations.

While at LACHSA, Gerald came to Monterey’s Next Generation Jazz Festival in 2000 and 2001, and received a scholarship and soloist awards. Since those early years, Gerald has made trio appearances at MJF in 2010 and 2012, in a duo with Charles Lloyd in 2014, and in 2015, he acted as Musical Director for “Monterey Jazz Festival on Tour,” which performed 28 shows 17 cities in 10 states in the first quarter of 2016.

Gerald will appear with John Clayton and Jeff Hamilton at this year’s Next Generation Jazz Festival, and will perform at the Friday Night Judges Concert on March 31 at the Golden State Theater in downtown Monterey.

We spoke with Gerald about his upcoming appearance at the 60th Monterey Jazz Festival.

How did the Artist-in-Residency come to be?

I’ve been really thankful to have a working relationship with Tim Jackson, and that he called on us to do something special for this year’s festival. I think it’s more of his brainchild than ours, but it’s something that we quickly jumped on because it’s a chance to do something together that my dad and I love to do. But it’s also something big and unique and special. It’s also a chance for us give back and pay tribute to the festival that we love and appreciate.

Any time my dad and I get together to play, it’s similar to getting together with any musician. We’re in service of the music, and to treat the music with honesty, care and integrity. But actually creating and writing something together is something we haven’t done in this formal context. He wrote a piece that was sort of a piano concerto for me and the Henry Mancini Orchestra back in 2002. I suppose that was in a similar vein, except this commission will have my trio along with the big band [the Clayton-Hamilton Jazz Orchestra], so it will be a little different. But we get to work together on conceptualizing the piece and the narrative. It’s got a collaborative feel to it—that’s not the usual thing for us. It’s exciting. I’m really looking forward to it.

The piece is called Stories of a Groove: Conception, Evolution, Celebration. Do you have any insight into the title?

We’re in the beginning of this, but we brainstormed separately and together on large themes we feel are worth highlighting, taking some of the circumstances of the setting—from a trio into a big band. The idea of expansion…starting with something small, and getting bigger. That’s where the thought process started. But it led to not just a literal expansion of the group, but the expansion or growth of our values, personal and societal values, and the journey that those take on from our history, from the present to the future. So putting it all in the narrative…the scope of the groove, the conception of a groove, and the encountering of a challenge or an obstacle and evolving to find the other side of the hill…it’s a narrative arc that we all can relate to in our lives, but we want to find a way to do that musically.

You are the first father-and-son Artist-in-Residence…we’ve had brothers before (the Heath Brothers). Does that hold any significance for you?

My original thought about that relationship is that I didn’t want to overstate it, because musically, it’s all one family to me. Whenever I get together with any musician, it does feel like a familial experience. But in this narrative we’re focusing on, it deals with these values that music has offered us, personally and familial and societal, so I think there’s definitely a connection, even if it is more abstract. Just the love that we share for one another and the trust that we can have for one another when we’re creating together.

BELOW: In 2010, Gerald was nominated for a Grammy for Best Instrumental Composition for “Battle Circle,” which was featured on the Clayton Brothers album, “New Song and Dance.”

BELOW: In 2009, Gerald recieved the first of his four Grammy nominations. This one was for Best Improvised Jazz Solo for his solo on Cole Porter’s “All of You” from his debut album, “Two-Shade.”