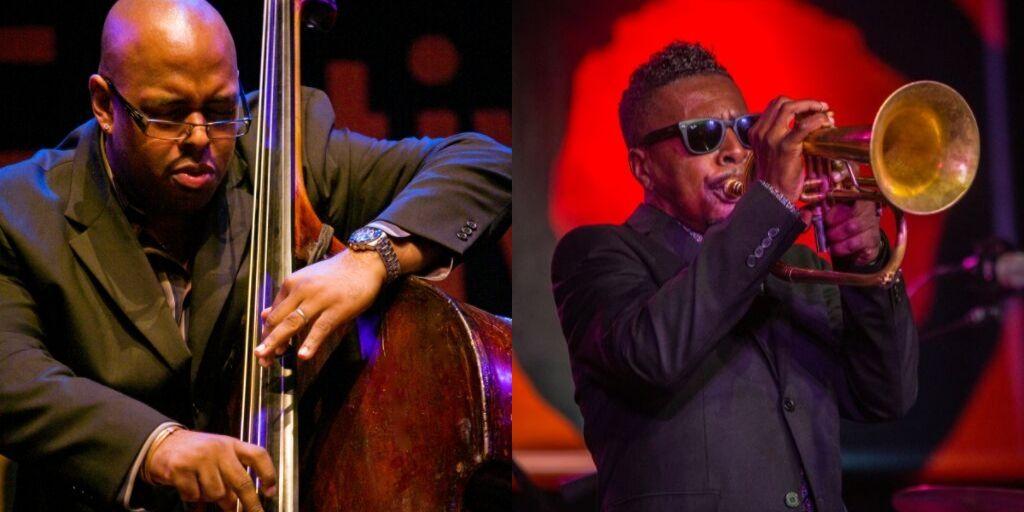 In 2018, the jazz world suffered a great loss with the death of trumpeter Roy Hargrove at age 49. An eight-time performer at the Monterey Jazz Festival, Hargrove epitomized the evolution of the jazz tradition for 30 years and made his first appearance at MJF in 1992 with his quintet, and his last in 2017 at the tribute to Dizzy Gillespie. Artistic Director Tim Jackson called upon Roy’s contemporary master musician and friend, Christian McBride, to eulogize Hargrove in the MJF62 commission piece, “Roy Anthony: The Fearless One.”

“I wanted to do something to reflect on Roy,” says Jackson. “I thought it would be more personal for a friend to write a commission piece in his memory, so when I spoke with Christian McBride about it, he immediately agreed. It was a natural for us.” McBride, also a “Young Lion” that came up in the same generation of jazz musicians who injected a new energy into the idiom beginning in the early 1990s is also a frequent performer at Monterey over the years, and had fulfilled the roles of Showcase Artist and Artist-in-Residence, both roles that Hargrove had played in the past. McBride has also represented MJF on a national tour in 2013 and has presented many of his ensembles on Monterey stages. However, Monterey had never brought Christian’s Grammy-winning big band to the Festival. “I’ve always felt that some of the strongest commissions have been big band pieces,” says Jackson. “So for Christian’s debut of his big band, we thought a commission piece celebrating Roy would be appropriate to honor his memory.”

Roy Hargrove at his first Monterey performance at MJF35 in 1992. ©Tony Salazar

Roy Hargrove with Eric Gravatt and Bobby Hutcherson at MJF49 in 2006. ©Cole Thompson

McBride’s big band is known for embracing traditional and non-traditional expressions of jazz – bold, swinging blues, swaggering funk with just the right amount of grease, and an intimate, almost Ellingtonian understanding of the personal timbre and style that the members bring to the band. McBride is generous in trusting them to color the arrangements with their personal sound to the piece, which covers the same sonic territory that Hargrove would have approved of – a mixture of the old and new, a homecoming and departure, and a hello and goodbye to jazz legend that left us too soon. “Roy Anthony: The Fearless One” will debut on the Jimmy Lyons Stage Saturday night.