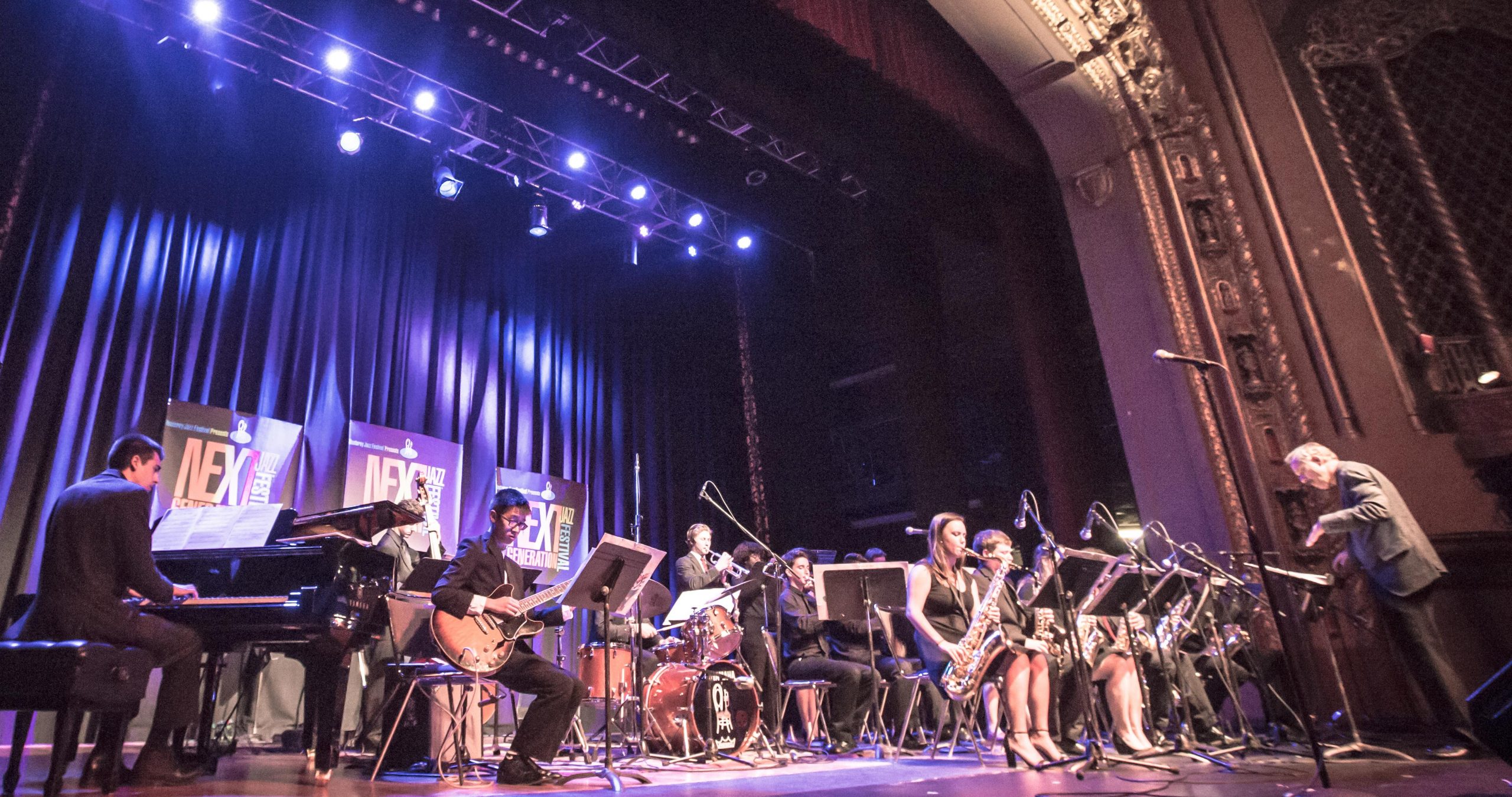 ABOVE: This year’s Monterey County High School All-Star Band at the Next Generation Jazz Festival at the Golden State Theatre in Monterey on April 1, 2017.

On Thursday, May 4, the Corral de Tierra Rotary Club in Salinas will host the 24th Annual Rotary Benefit Concert at the Church of the Good Shepard for the Monterey Jazz Festival’s High School All-Star groups. This event was started by MJF Board Member and MJF Education Committee Chairperson Patti Hoss in 1994 as a way to raise money for the festival’s local programs, and as a way to show off the local all-star bands that Monterey had been developing for the better part of a decade.

“Patti’s role as education chair was a natural to start this event to raise a few dollars to help the MJF All-stars, said Terry O’Connor, MJF Board Member. “Patti liked to sing the praises of the MJF education program. Even though we had heard the speech before, no one really wanted to encourage her to shorten the speech because she was so passionate.”

Over the years, the Rotary event has raised close to $30,000 to support the All-Star tours for local kids in the Monterey Jazz Festival’s education program – with trips to Japan, the Pacific Northwest, Los Angeles, Kansas City, the Kennedy Center in Washington DC, and many other locations.

The 2016-17 All-Star Bands feature some of the finest student musicians in Monterey County, including Elijah Taurke, who is the 2017 Youth Music Monterey County Concerto Competition Winner. Elijah was the featured soloist at Youth Music Monterey’s “Exoticism in Music” concert at the Sunset Center in Carmel on February 26, and was featured on Guilmant’s Morceau Symphonique. Elijah is also the first trombonist with the 2017 California All-State Honor Band.

The Rotary Benefit Concert begins at 5:30 p.m., with tickets beginning at $20. More details can be found here. The Church of the Good Shepherd is located at 301 Corral de Tierra Road in Salinas.

Click here for directions to the Church of the Good Shepard.