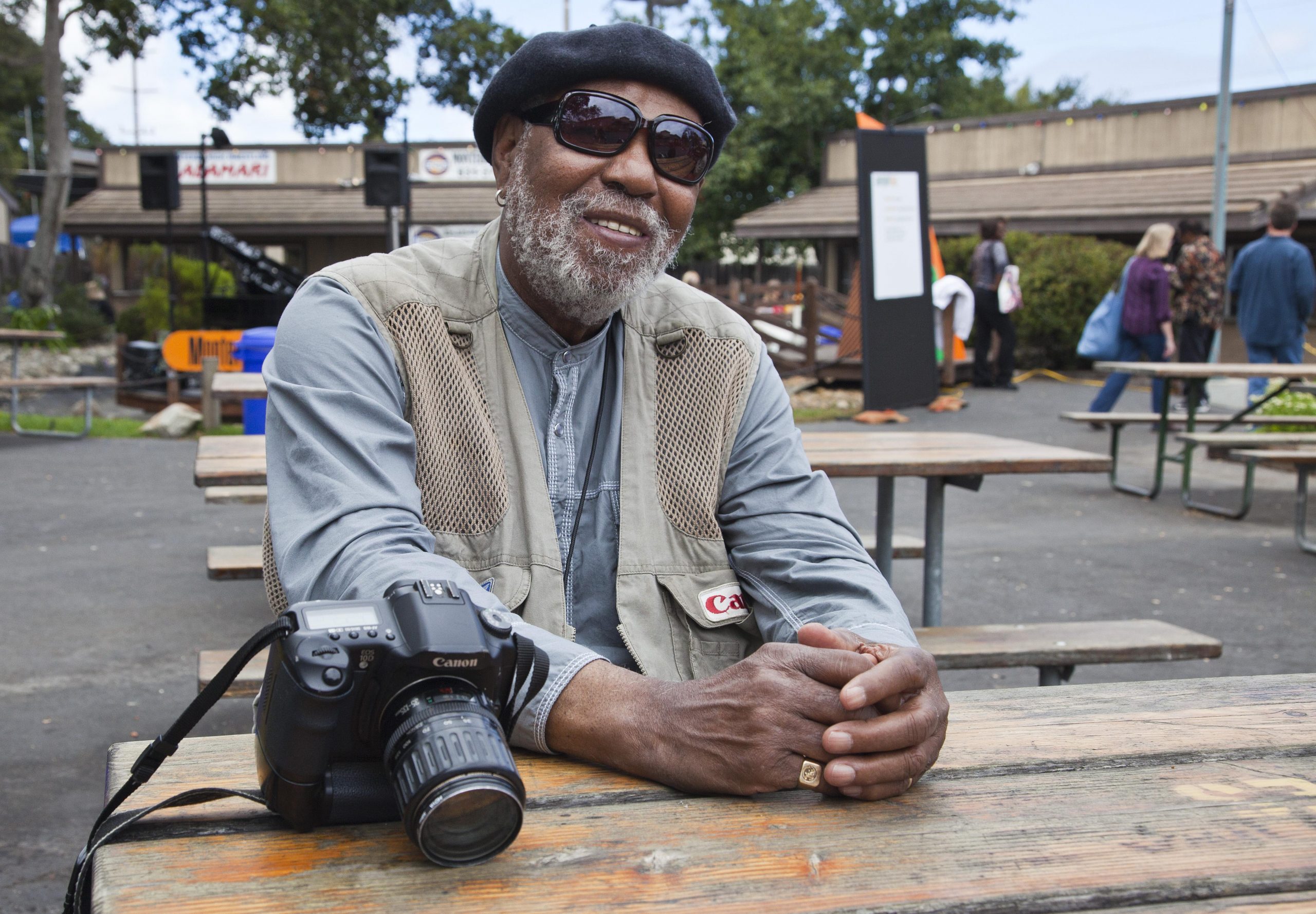 ABOVE: Will Wallace at the 53rd Monterey Jazz Festival in 2010. ©Cole Thompson

He was profiled in Performing Arts Monterey Bay by Scott McClelland in 2015, and told the Monterey County Weekly in 1998 that “my goal is to try to capture the intensity of the music and performer, and relate that to the people who look at the photos later. The whole thing is about feeling.”

Will exhibited his photographs around the region many times over the years. “Will loved music, especially jazz and blues,” said MJF Artistic Director Tim Jackson. “For many years, he was a dedicated photographer and shot regularly at Monterey Jazz Festival and Kuumbwa Jazz Center. I still remember his wonderful shot of Clark Terry at MJF in the 1980s. But most of all, I will remember my friendship with Will. He was a dedicated and honest guy who always had a good word and a million-dollar smile. I’ll miss him.”

BELOW: MJF Founder Jimmy Lyons, Will Wallace, and MJF Artistic Director Tim Jackson at the 35th Monterey Jazz Festival in 1992.