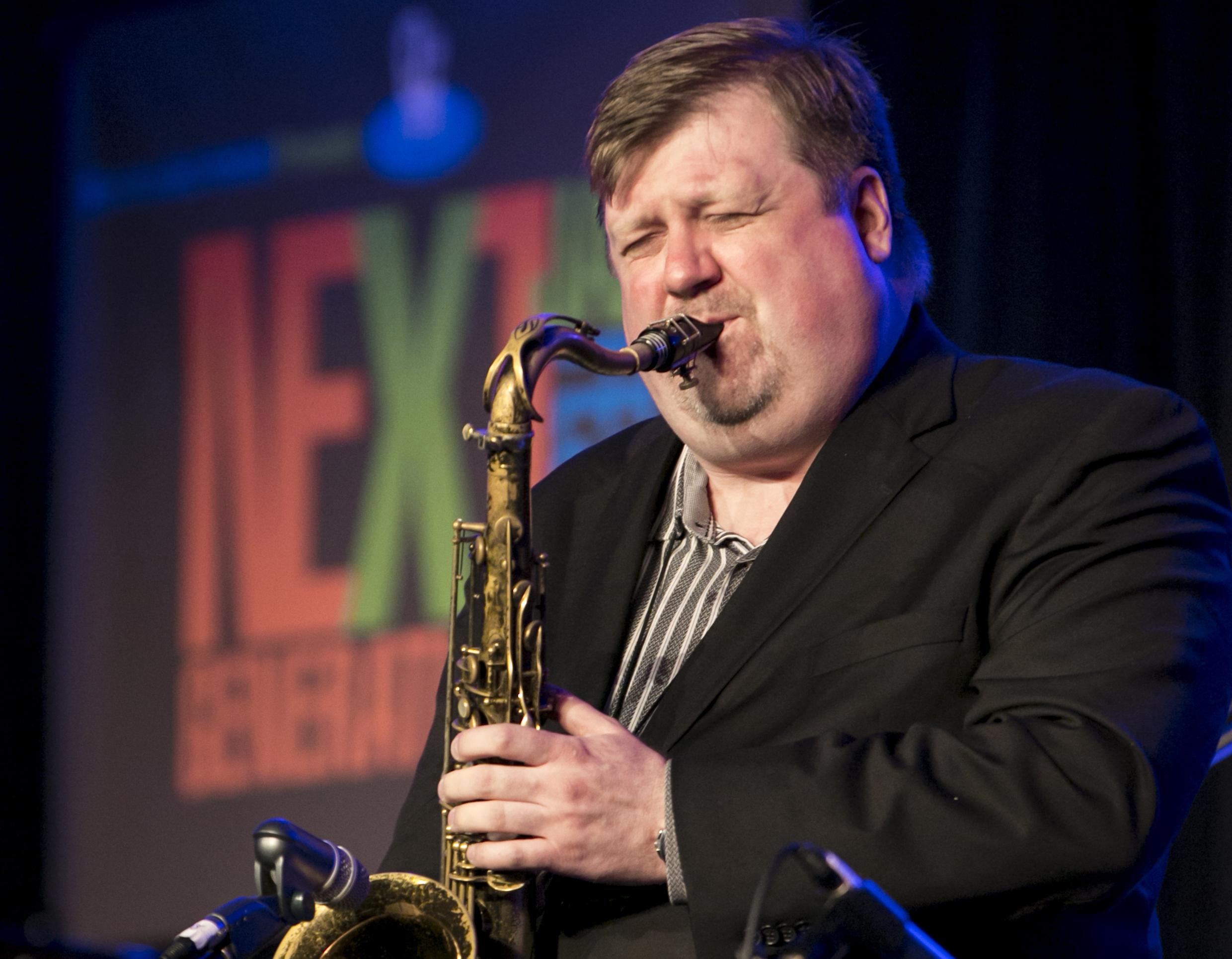 ABOVE: Joel Frahm at the 2016 Next Generation Jazz Festival. ©Richard Green

We recently saw this on YouTube: Tenor saxophonist Joel Frahm soloing through Rhythm Changes chords at a lightning pace. Joel will be one of the featured soloists at our 2017 Opening Night Judges Concert presented by the California Jazz Conservatory at the Golden State Theatre in downtown Monterey. You can find Joel during the rest of the weekend acting as a judge at the Next Generation Jazz Festival. Come down and say hello!

We also noticed that the avatar logo in the lower right hand corner of the video is an edited version of our 2012 poster by the Argentinian designer Pablo Lobato—the purple trumpet player with one knee on our chair and horn logo.

Note: The post was not actually made by “the” U.S. Senator Bernie Sanders. It’s just someone who posts jazz videos, but looks exactly like him, and goes by the same name.
For those of you who want to see the notes fly by, here is a transcription of the solo: