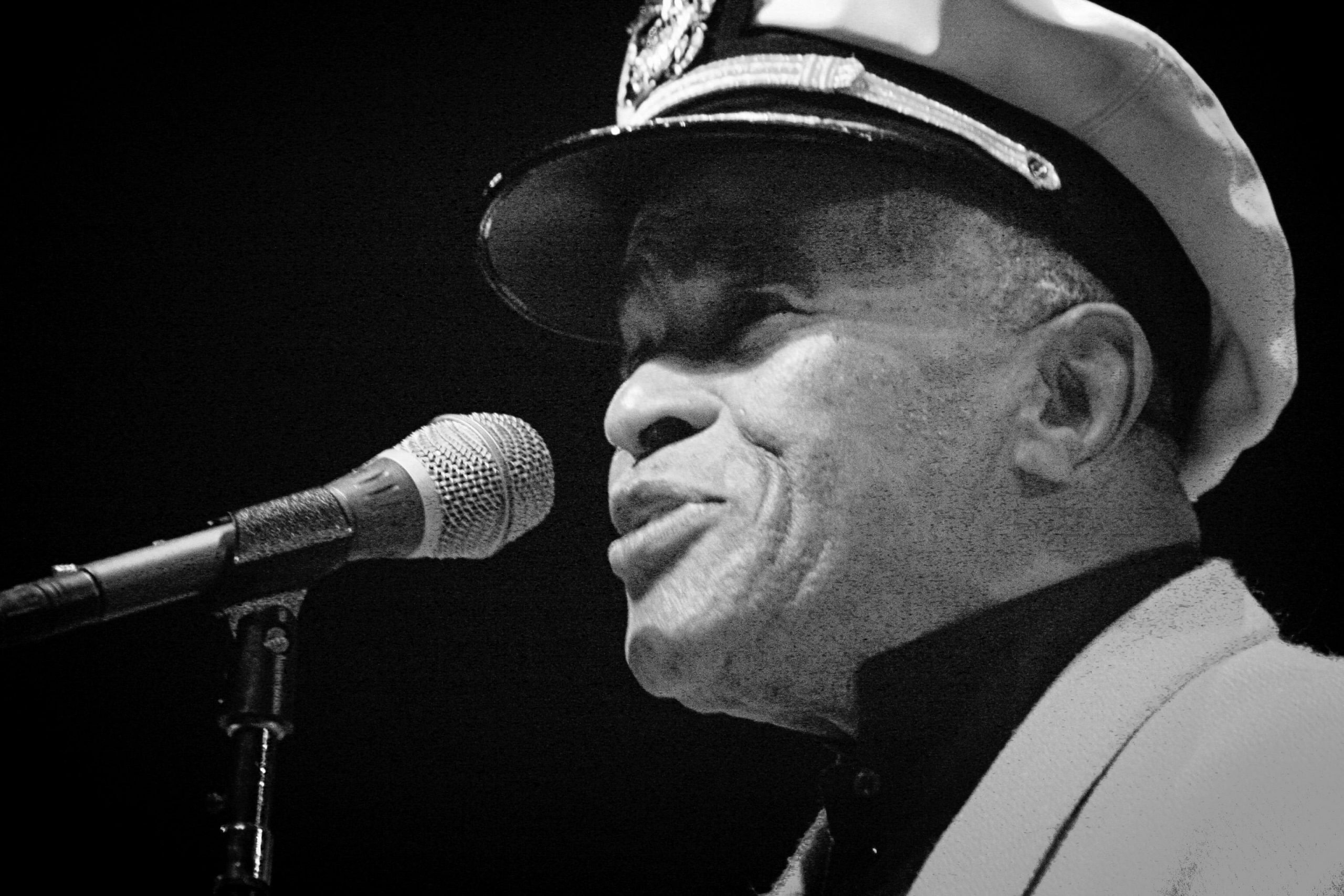 We learned on November 22 that the great lyricist and vocal pioneer Jon Hendricks passed away at age 96 in Manhattan. As a founding member of Lambert, Hendricks & Ross, one of the great vocal groups in jazz, Hendricks was a master practitioner of vocalese, the art of recreating instrumentalists’ solos with vocal sounds or lyrics. He was a fearless improviser that blurred the line between the role of the singer and the soloist, with countless vocal groups and singers to come after him that took inspiration and guidance from his spirit, technique and lyrical innovation – including Al Jarreau, Bobby McFerrin, New York Voices, Take 6, The Manhattan Transfer, Kurt Elling, Kevin Mahogany, and many other students of the human voice. As a lyricist, he was the epitome of wit and hipness. Leonard Feather called him the “Poet Laureate of Jazz” while Time named him the “James Joyce of Jive.”

Hendricks performed at the Monterey Jazz Festival 11 times between 1959 and 2003. His debut performance at MJF3 in 1960 featured his signature piece, Evolution of the Blues Song, which featured Jimmy Witherspoon, and “Big” Miller. He would periodically return to this theme with a different cast of characters over the years.

BELOW: Jon Hendricks and cast, rehearsing Evolution of the Blues Song at MJF3 in 1960. ©MJF Archives.jpg

Jon Hendricks and cast, rehearsing Evolution of the Blues at MJF3 in 1960. ©MJF Archives.jpg

“From my experience, Jon Hendricks was the type of person who was always willing to work with young people,” said Dr. Rob Klevan, Monterey Jazz Festival’s Honor Vocal Jazz Ensemble and Middle School Honor Band Director, and MJF’s Education Director from 2003-2011. “One year at MJF, one of our top vocal groups from the Next Generation Jazz Festival heard that Jon was going to be performing and asked if he might consider coming to their set and doing a tune with them. He graciously accepted and gave the students a performance and an experience to remember forever!”

“In 1996, Jon presented one of the Evolution of the Blues Song sets,” recalled MJF Education Director Paul Contos. They needed a tenor player for the 3-horn section, and Roy [Hargrove] was the trumpeter. Roy’s manager asked if I could sub. It was a wealth of vocal talent that was spine-tingling to be on stage with: Jon, Joe Williams, Dianne Reeves, and a singer who was astounding, Eve Cornelious. It was challenging concentrating on the horn parts, as the vocal work going down was so magnificent. Prior to that, we used to see Jon a lot at Keystone Korner and other clubs around San Francisco, as he was a journalist for a while for the San Francisco Chronicle (his Evolution of the Blues Song ran for a while in the city). He always struck me as a natural bebopper, his instrument being his voice.”

“In 1996, I had asked Jon to reprise his famous Evolution of the Blues Song which he debuted at MJF in 1960, and then presented again in 1972,” recalled Tim Jackson, MJF Artistic Director. “As Paul mentions, the other vocalist in particular were Dianne Reeves and Joe Williams. Dianne did an incredible version of “Sometimes I Feel Like a Motherless Child.” Jon was an old-school raconteur who was fun to be around. He also performed at Kuumbwa Jazz Center in the 1980s. When I was just out of high school I went to San Francisco to his Evolution of the Blues theater presentation which ran for several years in the city. The night I was there, Oscar Brown Jr. (a legend in his own right) was subbing for Jon. Jon and Jimmy Lyons were close and one year, Jimmy had Lambert, Hendricks & Bavan do the intros for the bands which consisted mostly of Jon improvising lyrical introductions (a nice touch!). Jon was a pioneer and has roots in the first-generation of jazz musicians. As they say, ‘a special cat.’”

Kurt Elling performed Lambert, Hendricks & Ross’ “Home Cookin’” at the 52nd Monterey Jazz Festival in 2009. Says Kurt: “This is a very hip Jon Hendricks lyric over a Horace Silver lick. This lyric…written by Jon back in the years well before the words politically and correct were ever uttered in the same breath.”

“At this point in the show Jon would look out at the crowd and say…Ah ladies…I was only serious.”

Jon’s birthday was September 17, so the Monterey Jazz Festival generally took place around the same time. In 2003, Jon was presented with a birthday cake on his 82nd birthday on the Jimmy Lyons Stage in the Arena.

We will collectively miss this giant of jazz. His pioneering and stylish contributions to the vocal artform are beyond category, and we are grateful for them.