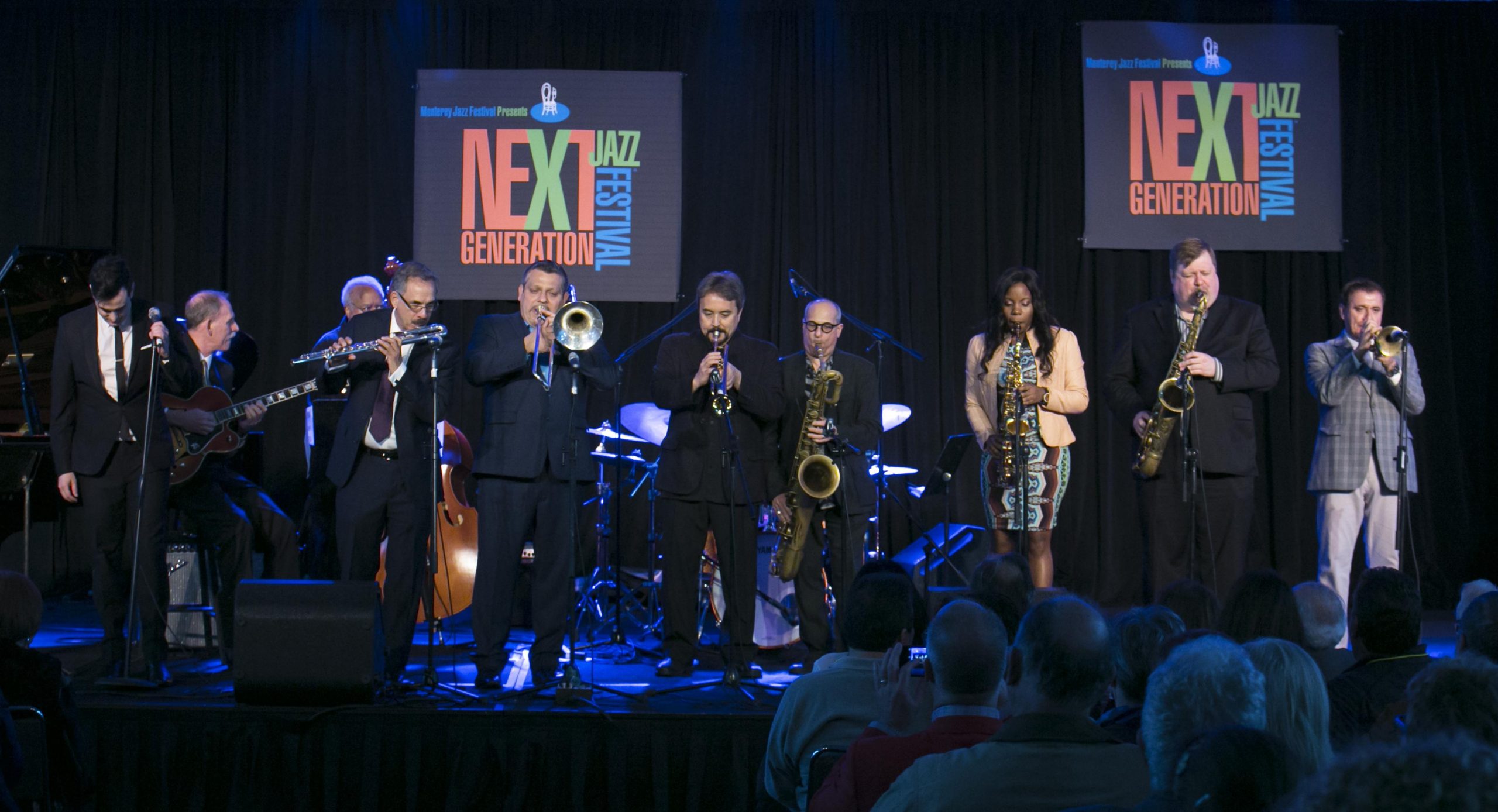 ABOVE: The 2016 Opening Night Judges Concert.

We asked MJF Education Director Paul Contos about some of the performers and adjudicators.“We try to get artists who have reputations as great players, but who are also involved with teaching,” says Contos, himself a decorated veteran of jazz education.

“The Grammy-nominated Carla Cook is an excellent and true jazz vocalist—she’s got the whole jazz lexicon and tradition in the work that she does, and she has the heart for education. I’ve asked her to be with us in previous years, and she’s a childhood friend of Regina Carter. My previous work with Carla was through Regina.”

“Trombonist John Fedchock has played with all the greats and is very entrenched in jazz education circles. He’s always present at the jazz education conferences, and does workshops and guest appearances worldwide. I’m thrilled to have him.”

“Tia Fuller was with us last year and teaches at Berklee. She has a very active performing career, and played recently at the Monterey Jazz Festival with Terri Lyne Carrington.”

In addition to the sponsorship of the Friday Night Concert from 2017-2019, the California Jazz Conservatory has announced it will be awarding $500,000 in scholarships over the weekend to students performing at the Next Generation Jazz Festival, with winners to be determined by the Festival’s judges. With that in mind, we also asked Paul Contos what the judges look for in a winning band, and how the scoring process works.

How do the bands qualify for the Next Generation Jazz Festival?

“This festival is somewhat unique—it’s an invitational festival. At other student festivals you sign up for a time, maybe pay a fee, perform, maybe get a clinic, and you go home. With the Next Generation Jazz festival, you have to submit recordings, and they’re selected by a double-blind panel of known jazz artists and educators. So by the time they get to the NGJF, in effect, they’ve already won.”

What do the judges listen for in the bands or ensembles?

“At that point, since all the groups are excelling, or have achieved what’s called a superior rating, adjudicators are not looking so much for ‘the right notes or wrong notes’—it’s more stylistic attributes, technique, the amount of jazz skills that are absorbed. Do they exhibit what swing is, jazz phrasing, dynamics, and all the nuances that encompass style and interpretation? It’s more of an artistic sensibility. Since they’ve been accepted to Next Gen, it’s more about what is the impact of the performance, and the interactivity of the group. They might all be skilled players…but are they listening to each other? Are they interacting in real time? That is the essence of improvisation. With the vocal groups, they’re looking for pitch, intonation and technique, of course, but they’re also looking for balance, blend, and all the same things as in the instrumental categories.”

“After the various scoring categories are ranked on a 1-10 scale (musicianship/skills, tone, intonation, time or tempo quality, diction, technique, interpretation, improvisation, musical effect and artistry, etc.) Those numbers are added up, and the top score wins. Each adjudicator also gets to select soloist awards in each division for scholarships and awards.”

BELOW: The Northgate High School Jazz Band’s first place performance at the 2014 Next Generation Jazz Festival, the first of three wins in a row! Will they fourpeat in 2017?