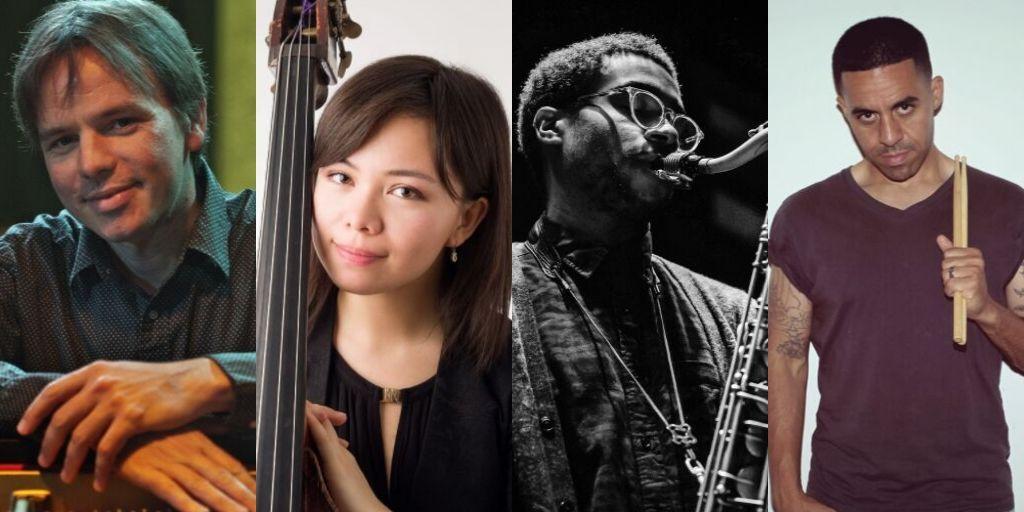 This is the fourth installment of musicians who are performing at the 62nd Monterey Jazz Festival who have participated on our jazz education programs over the years. Whether on the road or in the classroom, these arists have contributed back to the educational jazz world that brought out and nurtured their talents and creativity. Welcome back to all of them!

Eddie and Kanoa Mendenhall
On the Yamaha Courtyard Stage
All weekend!

Pianist Eddie Mendenhall has long been a staple of the local Monterey music scene. A Next Generation Jazz Orchestra member in 1989 and 1990, Eddie spent years in Japan as a performer before returning the Monterey Peninsula. Eddie has paid it forward by becoming a key member of the MJF Traveling Clinicians, and is an integral part of the Festival’s Jazz in the Schools and Summer Jazz Camp programs.

Eddie’s daughter, bassist Kanoa Mendenhall, spent many years as a participant in these programs, and became a Next Generation Jazz Orchestra member in 2015. Kanoa is on her way to making an impact on the local scene as an instrumentalist. Eddie and Kanoa are the only parent-child members of the NGJO since it was founded in 1971! You can see them all weekend on the Yamaha Courtyard Stage.

L-R: Morgan Guerin with the NGJO at MJF58 in 2015, and now. Photos ©Walter Wagner and courtesy of the artist.

Morgan Guerin is a multi-instrumentalist, producer, composer, and engineer. He was a saxophonist in the NGJO in 2015 (with Kanoa Mendenhall) and in 2016 as well. After high school in Atlanta, Morgan moved to New York and attending the New School for Jazz and Contemporary Music, and joined Terri Lyne Carrington’s band, “Social Science” where he plays electric bass, saxophone and EWI in the group. Morgan performs regularly with TLC and Social Science, Esperanza Spalding, Amina Figarova Sextet and Tyshawn Sorey. Also an active mixing engineer, Morgan has helped engineer albums from artists such as Justin Brown, Jesse Fischer, Grüt and Fullmoon Groove. During the fall of 2018, Morgan joined Esperanza Spalding on her “12 Little Spells” tour. Catch him with another up-and-coming star,vibraphonist Sasha Berliner on Saturday night in the Pacific Jazz Café

Jaz Sawyer, courtesy of the artist.

Drummer and percussionist Jaz Sawyer is a longtime mainstay on the San Francisco music scene. He was the drummer in the 1996 NGJO, and earned his Bachelor of Fine Arts degree from The New School/Mannes College (NYC), and a Master of Public Administration & Public Policy degree from the Metropolitan College of New York. Since then, his eclectic and refined personal style of drumming that stems from his deep roots in his Classical, jazz, West-African and Afro-Caribbean musical training, has been heard with Wynton Marsalis, Abbey Lincoln, George Benson, Bobby Hutcherson, Dee Dee Bridgewater, Randy Weston and Phil Lesh & Friends. Jaz is actively involved in music education in communities within New York, he Bay Area, New Orleans and Los Angeles. Welcome back! He’ll be performing with Marcus Shelby’s Quintet in a tribute to Dexter Gordon in the Pacific Jazz Cafe on Saturday Afternoon, September 28.