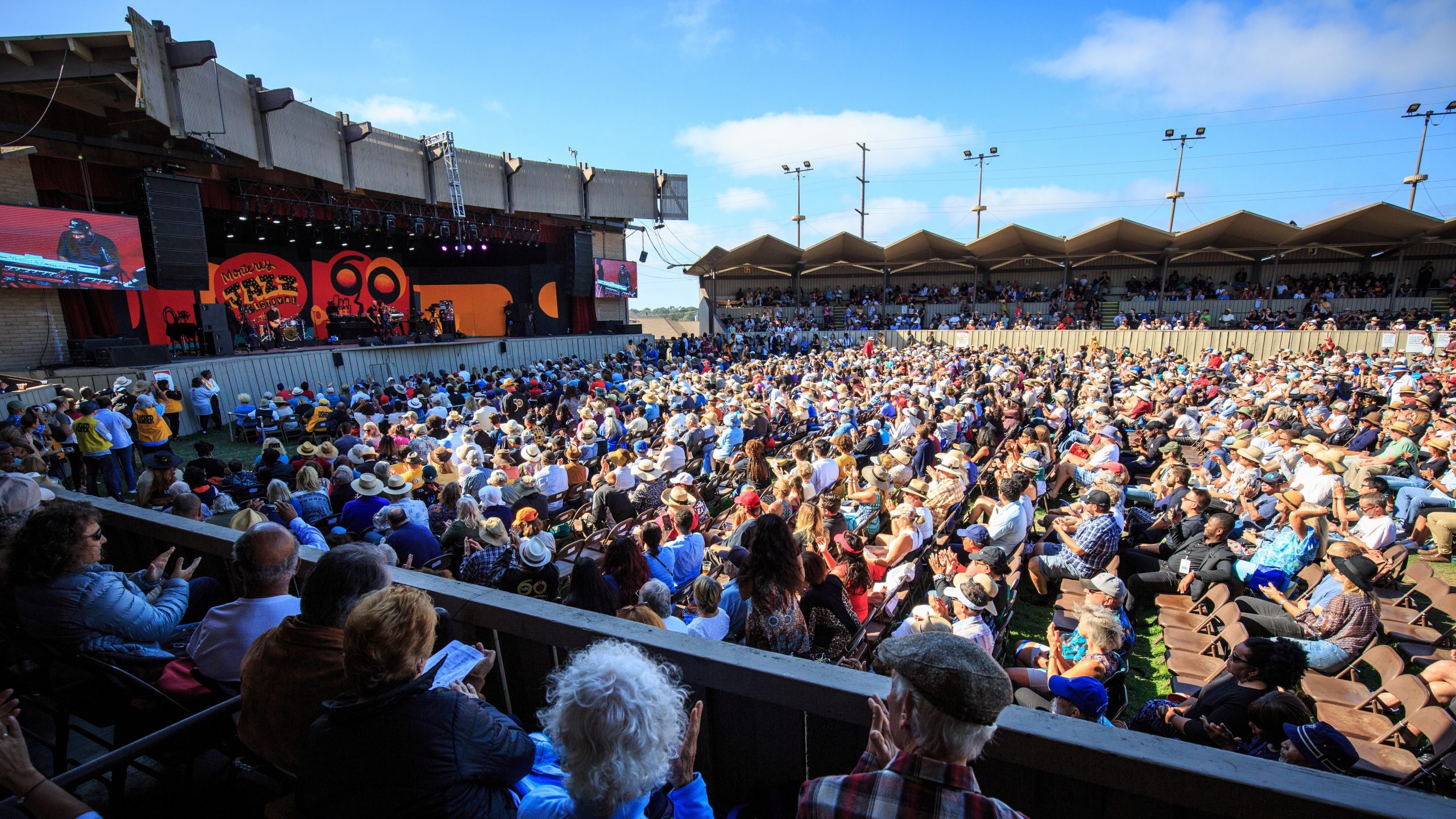 The Monterey Jazz Festival recently put out a press release announcing the reception of a NEA Art Works grant of $35,000 in support of the Monterey Jazz Festival’s 2018 Commission piece, to be composed and performed by Oscar Hernández and the Spanish Harlem Orchestra. We are pleased to receive this grant to allow us to bring the finest music and musicians to our 61st Festival in September, 2018.

The Monterey Jazz Festival has a long relationship with the National Endowment for the Arts as a partner in presenting artists from across the world each year. Since 2005, MJF has received over 500,000 dollars in grants to support the Festival’s Artist-in-Residence, Commission Artists, and other educational components that affect students in our year-round education programs. When we head that the 2018 budget proposal was going to reduce funding for the NEA, we wrote about the NEA in our first blog entry in January of 2017, and included this quote:

We have recently found out that the current administration’s budget proposal for 2019, calling for the nearly 81% defunding of the NEA’s budget. We think this is particularly misguided and partisan attack on all Americans.

On February 12, the NEA issued a statement to the President’s budget proposal:

“Today we learned that the President’s FY 2019 budget proposes elimination of the National Endowment for the Arts. We are disappointed because we see our funding actively making a difference with individuals in thousands of communities and in every Congressional District in the nation.

In FY 2018 to date, the NEA has awarded 1,134 grants totaling $26.68 million to organizations and individuals in all 50 states plus the District of Columbia and Puerto Rico, launched a national songwriting competition for high school students, convened four summits across the country as part of Creative Forces: NEA Military Healing Arts Network, issued a research report on the economic impact of the arts in rural communities, and distributed emergency funding to arts agencies in Florida, Texas, Puerto Rico, and the U.S. Virgin Islands, among other activities.

We understand that the President’s budget request is a first step in a very long budget process. We stand ready to assist in that process as we continue to operate as usual.

As a federal government agency, the NEA cannot engage in advocacy, either directly or indirectly. We will, however, continue our practice of educating about the NEA’s vital role in serving our nation’s communities.”

Dan Baldwin, the President/CEO of the Community Foundation for Monterey County put it best when he wrote about his experiences at the 2017 Festival:

“If you’re looking for hope, buy a Saturday grounds pass to the next jazz festival. It is the most seamless, effortless example of how people of different races, genders, ages and backgrounds commune with each other. It is without question the most diverse audience I experience in Monterey County, and, it is so comfortable.

When I stroll the grounds of the jazz festival, my first reaction is that I wouldn’t have it any other way. My second is a desire to have this experience somehow transported into the consciousness of all the people who feel so threatened by diverse communities.

MJF is harmonious. I wish our U.S. Senate, Congress and Executive Branch could experience the sensation of not just co-existing, but being together around a common cause (in my case Herbie Hancock; in their case governance, perhaps?) and finding that while background and genetics still inform us in many ways, my perspective intersects with others, who, if we’re standing side by side, it would appear we have nothing in common.”

This is the net result of what the Monterey Jazz Festival presents because of the use of the grants we receive: Bringing together diverse communities in celebration of our common goals and interests, not division of the country based on stereotypes and fears.

The NEA grants, in comparison to the entire budget of the Festival, are relatively small (20-50K) to support the travel and artistic fees of the musicians, but the support is integral to the success of each festival in uncertain economic times.

The Monterey Jazz Festival is only one of many organizations around the country that the NEA supports in every state – in both metropolitan and rural areas. This is not a partisan issue, people in both red and blue states are beneficiaries to improve the quality of life for its constituents.

The NEA is a necessary and important government organization that helps to support and grows communities on the United States, and the Monterey Jazz Festival stands with the NEA in creating vibrant and diverse activities that benefit all people.

In addition, the NEA has posted some answers to frequently asked questions about their funding. Even when you don’t think that The NEA has relevance in your community, it does.

You can call your congressman or congresswoman to express your support for the NEA. This is a link is a list of members of the House of Representatives, and we can all chip in to voice your opinion about the proposed 2019 budget’s defunding of the NEA. When we all speak out, we can make a difference.

The 2017 NEA grant went to support the Commission piece by John Clayton, Stories of Groove. The 2018 NEA Grant will support the MJF61 Commission, to be composed and performed by Oscar Hernández and the Spanish Harlem Orchestra.