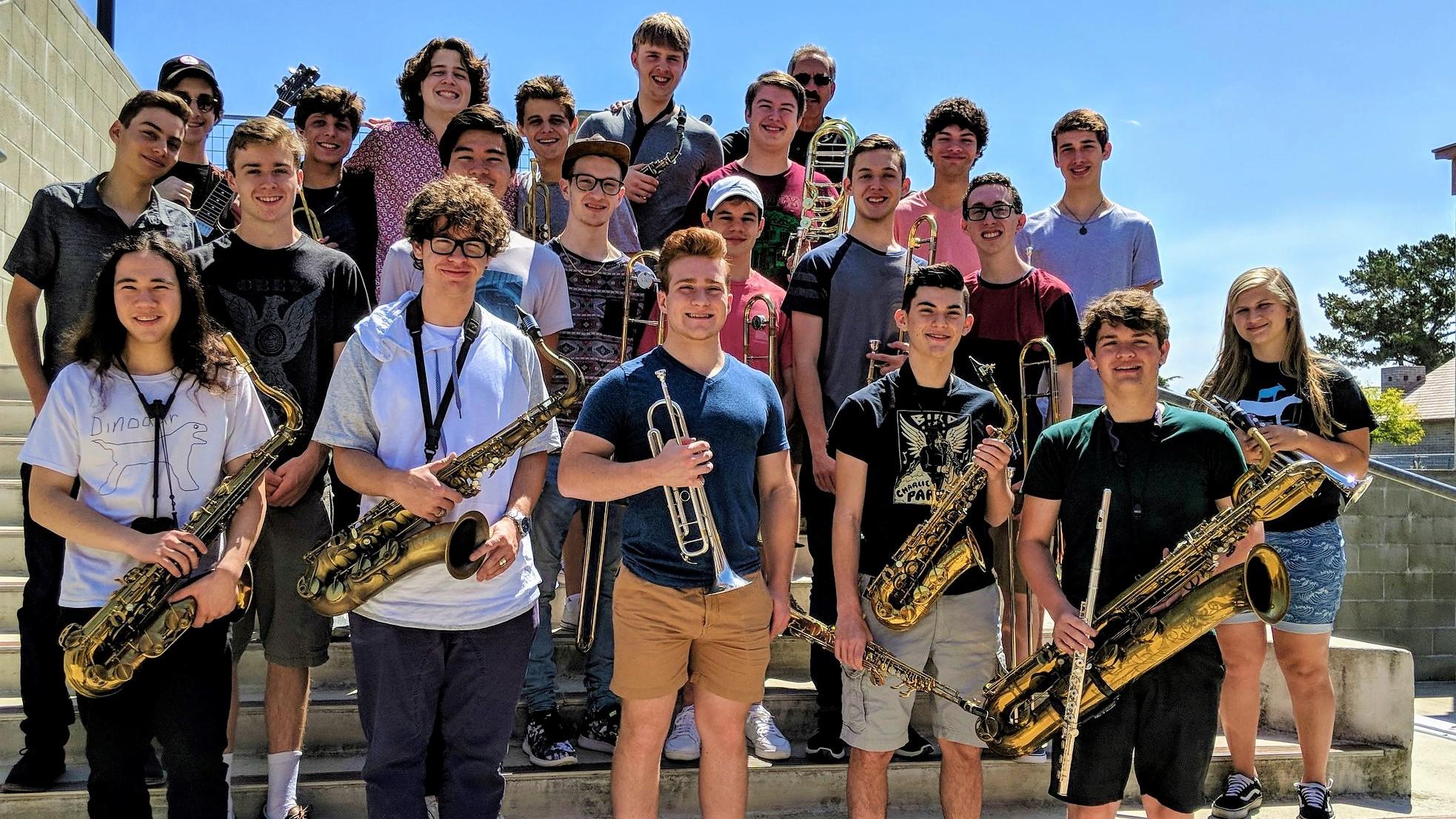 It’s an exciting time for the participants of one of our flagship jazz education programs, the Next Generation Jazz Orchestra. They are arriving at the San Francisco International Airport today (Wednesday, July 18) for preparations for their two performances in Carmel and Kensington, California — at The Barnyard at the Mouth of Carmel Valley in Carmel on Friday, July 20 and at the Coventry Grove Amphitheatre in Kensington (right next to Berkeley) on Saturday, July 21. The Kensington show will feature the California Jazz Conservatory All-Stars as an opening act. We hope you can see them at one of the shows! Purchase tickets now, and tickets will be available at the door for both shows.

Following their California performances, they will depart for a tour of Japan from July 22 through August 6. While in Japan, they will appear at the Monterey Jazz Festival in Noto (July 28); and the Tokyo TUC jazz club (August 1), the Tomisato Jazz Festival (August 4) as well as participate in cultural exchanges, workshops and performances with local schools and bands.

Founded in 1971, the Monterey Jazz Festival’s Next Generation Jazz Orchestra is one of the country’s premier high school jazz ensembles, comprised of the most gifted high school musicians in the United States. Considered a launching pad for a career in music, former members of the Orchestra include many of contemporary jazz’s biggest names, including pianists Benny Greenand Patrice Rushen; saxophonists Joshua Redman, Donny McCaslin and Ted Nash; flutist Elena Ayodele Pinderhughes, and trumpeter Ambrose Akinmusire.

Some of the band’s repertoire that has been selected by MJF Education Director and NGJO conductor Paul Contos includes:

Here is the 2017 Next Generation Jazz Orchestra’s performance at MJF60: