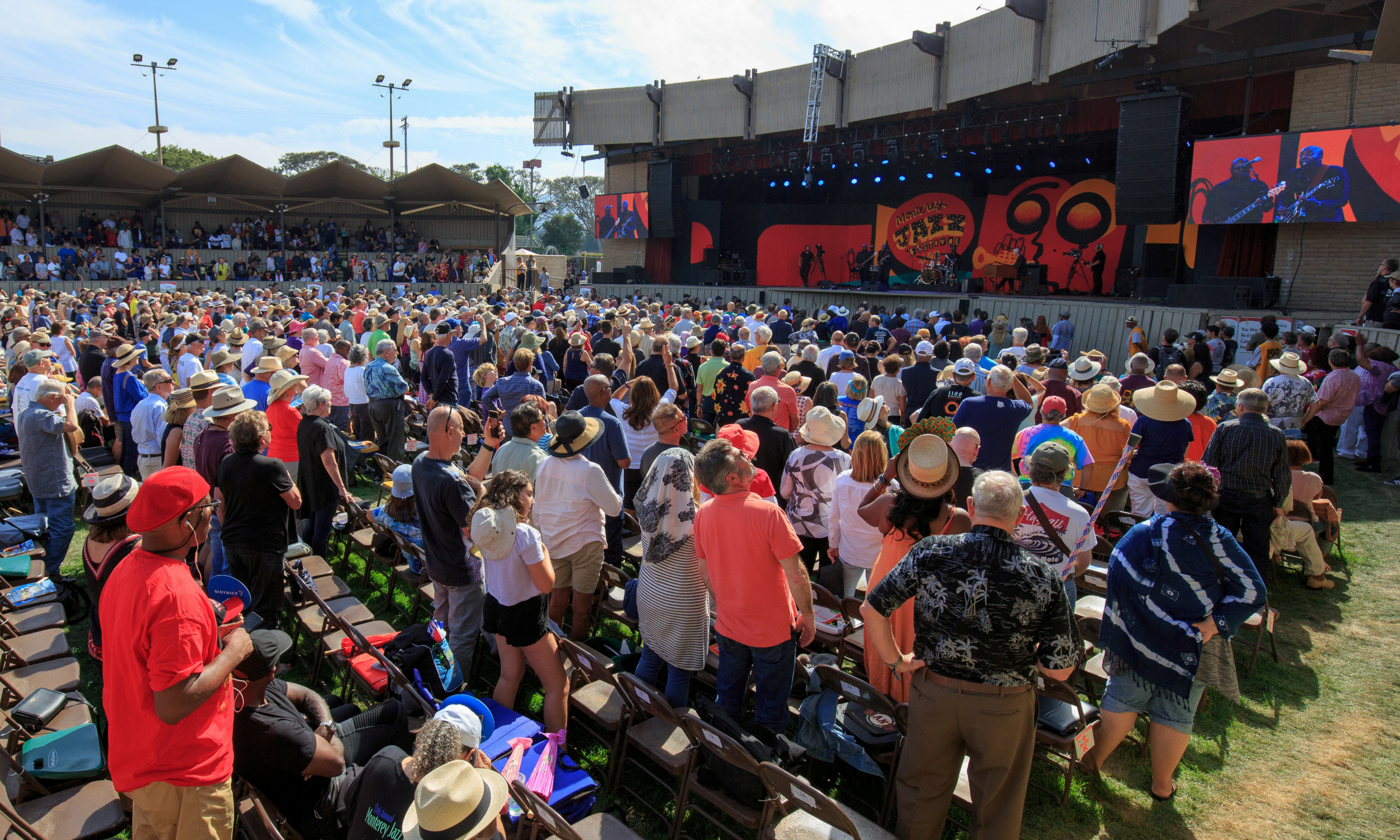 Today, we announced the linup for the 61st Monterey Jazz Festival. Each year we try to program a wide and diverse overview of the jazz world and beyond, to include the past, present and future of music. Our 61st festival is similar to prior years, although it’s completely different! That’s what makes curating the Monterey Jazz Festival so exciting – bringing together divergent aspects of the jazz scene.

Some of the headliners in the Arena that reflect the wide-angle lens are the large bands Jazz at Lincoln Center Orchestra with Wynton Marsalis, the Anat Cohen Tentet and Oscar Hernández & the Spanish Harlem Orchestra (our 2018 Commission Artist); tributes to departed greats like Geri Allen presented by our 2018 Artists-in-Residence Tia Fuller & Ingrid Jensen; Ray Brown and Michael Brecker; great collaborations with leading artists of their generation including Charles Lloyd & the Marvels with special guest Lucinda Williams, Jon Batiste with the Dap-Kings and Monterey Jazz Festival on Tour and the Snarky Puppy offshoot Bokanté; jazz superstar vocalists like Norah Jones, José James celebrating Bill Withers and Dianne Reeves, our 2018 Showcase Artist. You can check out the daily Arena lineup here.

On the Grounds, the shows are also headliners – like guitar slingers Adam Rogers & Dice; Hristo Vitchev Quartet; Bill Frisell Trio and Julian Lage Trio; the return of the Hammond B3 Blowout with Joey DeFrancesco & the People, the Delvon Lamarr Organ Trio and the Bobby Floyd Trio; a touch of the avant-garde with Thumbscrew with Mary Halvorson, Michael Formanek, and Tomas Fujiwara; Lisa Mezzacappa’s avantNOIR, Wadada Leo Smith, Jamie Baum Septet+ and Cameron Graves, Afro-Cuban music from John Santos Sextet, Jane Bunnett & Maqueque, and the Harold Lopez-Nussa Trio; vocalists Jose James, Veronica Swift, Thornetta Davis, The Baylor Project, and some of the most commanding names in straight ahead and modern jazz, including Fred Hersch, Jane Ira Bloom, the Donny McCaslin Group, the Christian McBride Trio with Benny Green & Greg Hutchinson, Dave Grusin, and many others. Grounds artists can be found here.

The jazz world and beyond has come under some criticism in the last few years for a lack of women instrumentalists being represented on the stages of major festivals and clubs. Monterey has stepped up its effort to be inclusive by bringing many women-led intrumental bands to the festival. In addition to some of the artists mentioned above, our Artists-in-Residence are bringing their own projects, (Ingrid & Christine Jensen Infinitude and Tia Fuller Quartet) as well as the Geri Allen Tribute which features Terri Lyne Carrington, Kris Davis, and Shamie Royston, we are pleased to present the Tammy L. Hall Peace-tet with special guest Kim Nalley, Katie Thiroux, Kristin Strom, and the MJF 2018-2019 touring band with a front line of Cécile McLorin Salvant, Bria Skonberg and Melissa Aldana. We think this a good start of representing the extraordinary talent that is on the scene now.