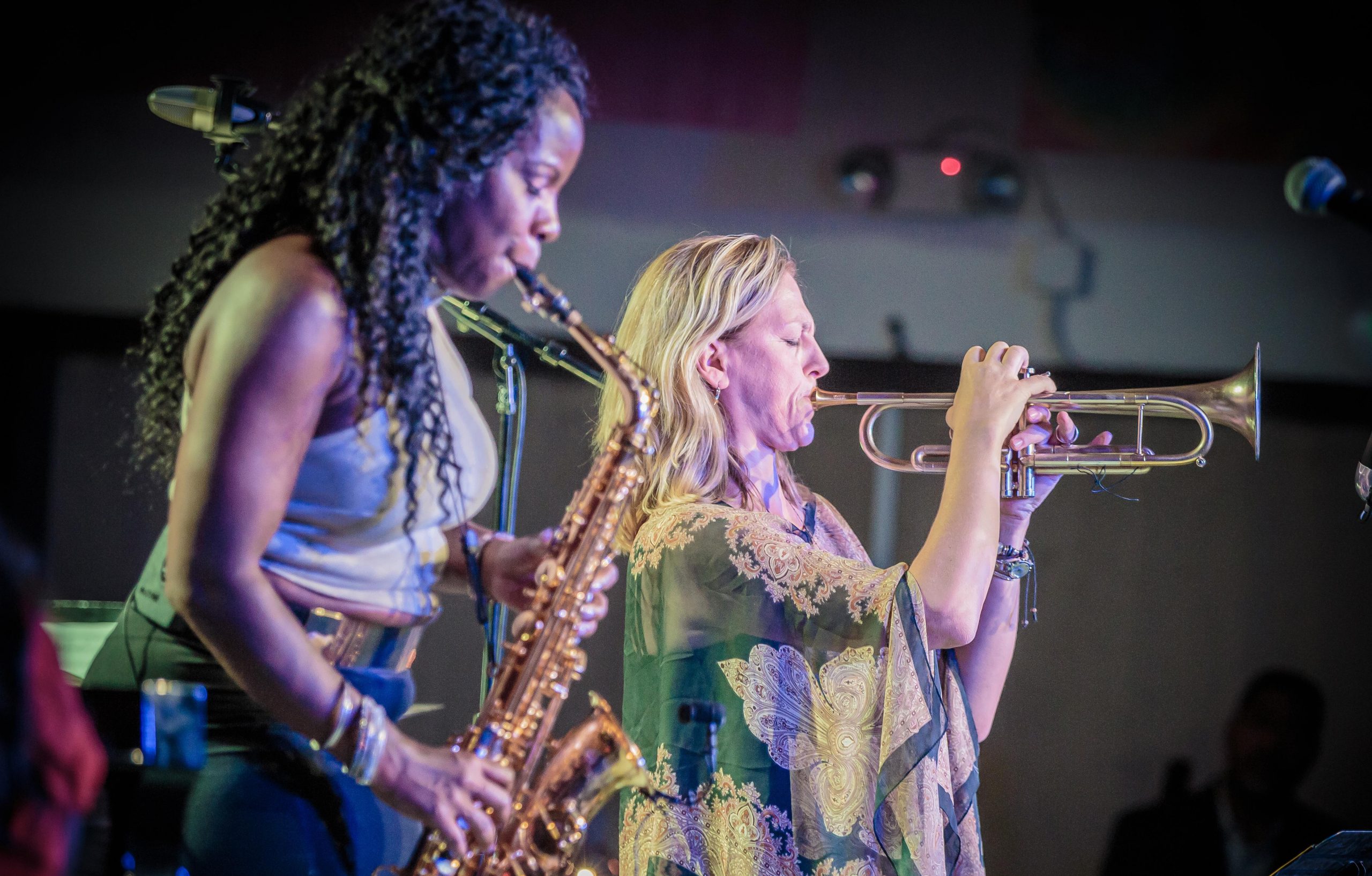 The “off season” for Monterey Jazz Festival is filled with preparations for the future – including the 2018 Next Generation Jazz Festival and Next Generation Jazz Orchestra, Summer Jazz Camp, Monterey County Honor Bands, and much more, all of which have one unifying thread – our 2018 Artists-in-Residence, Tia Fuller and Ingrid Jensen, two of the leading players and educators in jazz today. Both Tia and Ingrid appeared at the last several Monterey Jazz Festivals, and we are looking forward to having them work more extensively with our education programs in 2018!

Ingrid Jensen first played at the Monterey Jazz Festival with the Virginia Mayhew Quintet in 1998. She then appeared with the 2008 Commission Artist, Maria Schneider, premiering “Willow Lake.” Ingrid next appeared with Terri Lyne Carrington’s Mosaic Project in 2016. Ingrid also performed as a special guest with Branford Marsalis and Kurt Elling that same year.

BELOW: Ingrid Jensen with the Maria Schneider Orchestra at MJF51 in 2008. ©Hari Adivarekar

Tia first appeared at MJF in 2011 with her own band, and then appeared with Terri Lyne Carrington’s Mosaic Project in 2016. Tia also appeared that same festival as a special guest with Branford Marsalis and Kurt Elling. She has also been an adjudicator at several of our Next Generation Jazz Festivals in the recent years.

In 2017, Tia also too the DownBeat Blindfold Test with Dan Ouellette.

At the 60th Monterey Jazz Festival, Ingrid and Tia joined forces in a Quintet. They were also both part of the “Women in Jazz” panel in the Blue Note at Sea tent at MJF60, along with bassist and composer Linda May Han Oh, pianist Shamie Royston, DC Jazz Festival Executive Director Sunny Sumter, and moderated by the CEO of the Arts and Humanities Council of Montgomery County in Maryland, Suzan Jenkins, about issues facing women artists today. This panel discussion was live streamed on Facebook by Bay Area vocalist Sara Remington.