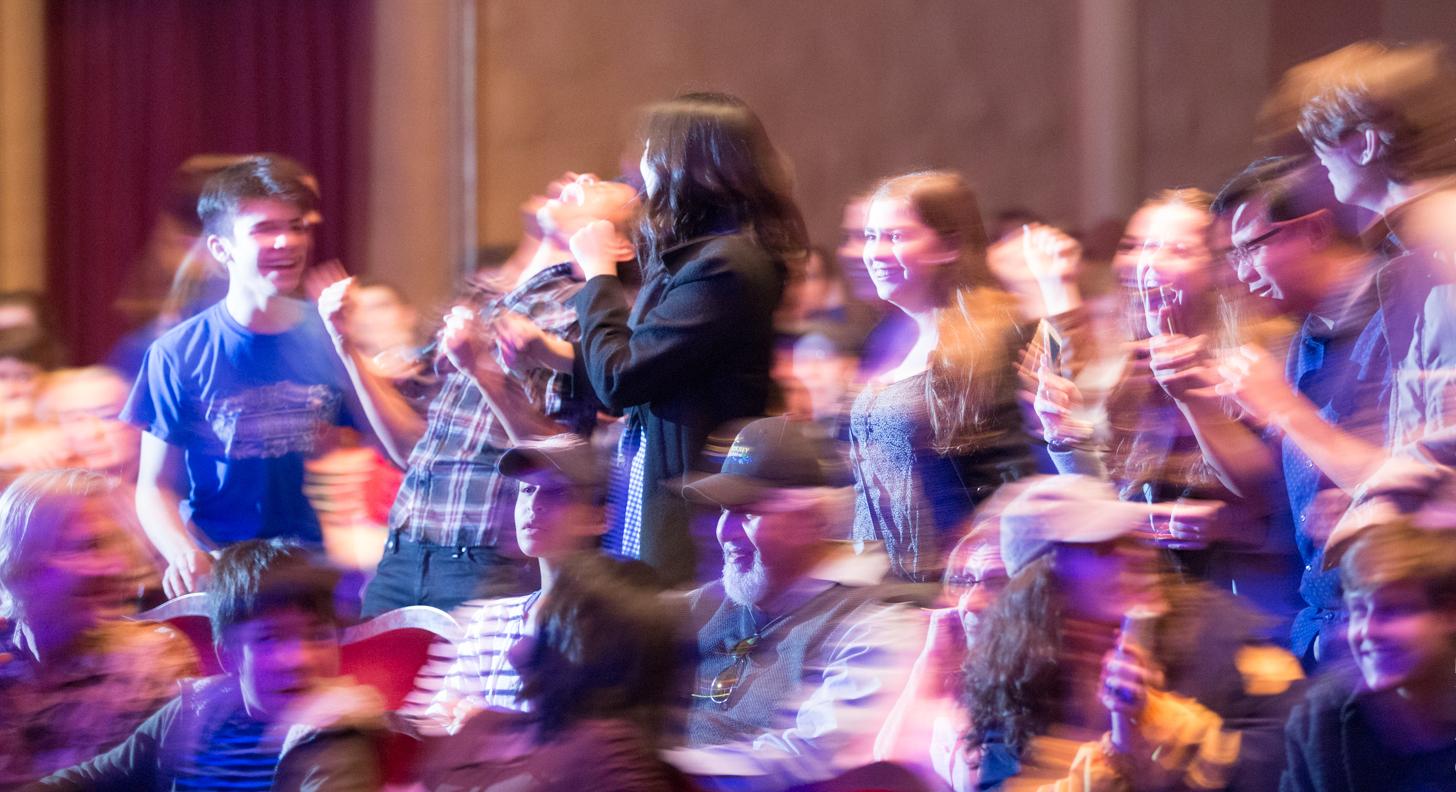 Another great weekend with the current students of the future of jazz wrapped up in Monterey with the 47th Annual Next Generation Jazz Festival, March 31-April 2, 2017. Our congratulations to all the participating groups, who made it our largest festival ever, with 150 performances from 93 groups. Read the press release or see the top groups and soloist award winners, and you can see all the pics from the Next Generation Jazz Festival here.

A couple of notes: The Northgate High School Big Band (BELOW) won their division for the fourth year in a row, matching a feat that has only been attained by the 2009-2012 Los Angeles County High School for the Arts Big Band.

Other historical fourpeaters include the Berkeley High School Combo (1986-1989), LACHSA Combo (1995-1998) and Folsom High School Jazz Choir (1995-1998). LASCHA is the only school to threepeat or fourpeat in Vocal, Big Band and Combo divisions.

The tie for first place with University of Nevada, Las Vegas Jazz Ensemble and the University of the Arts “Z” Big Band was a historic first. Adding to the drama was the fact that bandleaders David Loeb (UNLV) and Matt Gallagher (UArts) are friends – both had both attended West Chester University of Pennsylvania.

Rochester New York and studying arranging with Rayburn Wright, to play piano and conduct for the entertainer Ben Vereen. Ben asked me to move to Los Angeles a few years later, and I established a career as a successful session pianist there. Fifteen years ago, I took the job as director of jazz studies at UNLV and moved to Vegas. So, sharing the win at Monterey was one of those full-circle experiences.”

The Crossroads School A Band (BELOW) which is a duo of Luca Mendoza (piano) and Anna Abondolo (bass), placed first in the High School Combo Division. In the College Combo Division, the USC Jazz Composers Collective placed first, which is directed by Luca’s father, composer and arranger, Vince Mendoza.

The Los Angeles County High School for the Arts Vocal Ensemble (BELOW) won their division for the third year in a row – and they have won the division seven times since 1997.

All pics from the 2017 Next Generation Jazz Festival. ©Jim Stone